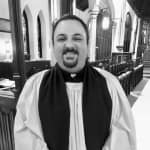 In St. Paul’s Epistle to the church in Corinth, he stresses caution when it comes to the people around them worshiping idols and how they should be careful not to fall back into it. Just to be clear, St. Paul is not afraid that Christians are going to stop following Christ and jump right back into worshiping idols. Once one finds Christ, they do not easily run away from him to worship false gods. Corinth was a city known for its promiscuity. The pagans in Corinth visited their temples regularly to not only worship their gods, but to partake in fornication, food, and drunkenness. This was the lifestyle of these Corinthians before they found Jesus. Once these Corinthians Paul is addressing became Christian, they formed a community of Christians which would become the church in Corinth. These Corinthian Christians were still surrounded by pagans who partook in these sinful practices. St. Paul begins by telling them in verses 14-21 that they might become tempted to fall back into this kind of lifestyle of sinful pleasures due to being exposed to it. Once one does that, this person is worshiping idols as opposed to God; thus, they are turning their back on Christ. Paul says in verse 18: “Observe Israel after the flesh: Are not those who eat of the sacrifices partakers of the altar?” By saying, “Israel after the flesh,” he is contrasting the Israel of Judaism to the true Israel – the Church. This is the Israel of God.

“What am I saying then? That an idol is anything, or what is offered to idols is anything? Rather, that the things which the Gentiles sacrifice they sacrifice to demons and not to God, and I do not want you to have fellowship with demons. You cannot drink the cup of the Lord and the cup of demons; you cannot partake of the Lord’s table and of the table of demons.” (10:19-21)

Understand that all worship is sacramental, including false worship. To genuinely offer a sacrifice is to offer oneself spiritually with the object of that offering. The idol itself is nothing, but behind that object are demons. On the other hand, the Christian offering was made by Jesus Christ himself once and for all. As Christians, we should not and must not engage in any worship contrary to, or in competition with, the Holy Eucharist of our Lord.

Having said that, this passage pertains to us today. Anything can become an idol. Alcohol, drugs, pornography, or even an “innocent” pleasure. Anything that takes the place of God is considered an idol. I love to fish. There is nothing wrong with fishing. But if all I do is fish and it starts to consume my life, it becomes a problem because it has taken precedence over my prayer life, which eventually effects my church life. Fishing has become my god. I would then need to back off of it and return to putting God first.

Paul tells all of us in this passage that instead of being led to be worldly, we must lead others to Christ. Be the influencer! Do not let it be the other way around. Lie down with dogs, get up with fleas. Instead, we should be the ones who rub off on others.

This leads into the next part of the passage. St. Paul goes on in verses 23-11:1 that eating food that had been sacrificed to idols is okay to do within reason. First of all, allow me to explain the situation in those days. Meat would be offered to pagan gods in the temples and then leftovers would oftentimes be sold in market places. The Jews of old believed it was sinful to buy and consume these foods. Paul informs the church in Corinth that eating these foods is okay to do because it is just food and Christ makes all things good. Those idols are not real, so it is not like you are doing anything harmful to your soul. However, it could become sinful depending on the circumstance. For instance, if a person were to eat food that had been sacrificed to idols in the presence of his friend who had just recently converted to Christianity, that very action might tempt that friend to go to the temple and dine with pagans, falling back into those practices I mentioned. We must be mindful of our surroundings at all times. Who am I with? Should I do this in this person’s presence?

I will give an example. I am throwing a dinner party. I open a bottle of wine and I have a glass. There is nothing wrong with having a glass of wine with dinner; however, it just so happens I invited a friend of mine to dinner who happens to be an alcoholic. My partaking of wine might tempt my friend to have a little wine; thus, he falls right back into drinking. I have some responsibility in that. In other words, it was sinful in that situation for me to have had wine. See what I’m saying?

It is important for us as Christians to try daily to live for Christ and not for anything else. Be the light in your community for others to observe. Be aware of your surroundings and who you are with.