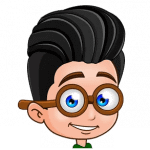 There can be no true peace, where there is not true grace; and where grace goeth before, peace will follow. This blessing is in the name of God, of the Holy Trinity, it is an act of adoration. The Father is first named; he is described as the Jehovah who is, and who was, and who is to come, eternal, unchangeable. The Holy Spirit is called the seven spirits, the perfect Spirit of God, in whom there is a diversity of gifts and operations. The Lord Jesus Christ was from eternity, a Witness to all the counsels of God. He is the First-born from the dead, who will by his own power raise up his people. He is the Prince of the kings of the earth; by him their counsels are overruled, and to him they are accountable. Sin leaves a stain of guilt and pollution upon the soul. Nothing can fetch out this stain but the blood of Christ; and Christ shed his own blood to satisfy Divine justice, and purchase pardon and purity for his people. Christ has made believers kings and priests to God and his Father. As such they overcome the world, mortify sin, govern their own spirits, resist Satan, prevail with God in prayer, and shall judge the world. He has made them priests, given them access to God, enabled them to offer spiritual and acceptable sacrifices, and for these favours they are bound to ascribe to him dominion and glory for ever. He will judge the world. Attention is called to that great day when all will see the wisdom and happiness of the friends of Christ, and the madness and misery of his enemies. Let us think frequently upon the second coming of Christ. He shall come, to the terror of those who wound and crucify him by apostacy: he shall come, to the astonishment of the whole world of the ungodly. He is the Beginning and the End; all things are from him and for him; he is the Almighty; the same eternal and unchanged One. And if we would be numbered with his saints in glory everlasting, we must now willing submit to him receive him, and honour him as a saviour, who we believe will come to be our Judge. Alas, that there should be many, who would wish never to die, and that there should not be a day of judgment!

5 and from Jesus Christ, the faithful witness, the firstborn of the dead, and the ruler of the kings of the earth. To him who loves us, and washed us from our sins by his blood— 6 and he made us to be a Kingdom, priests to his God and Father—to him be the glory and the dominion forever and ever. Amen.